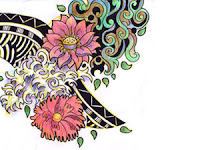 The History Of Tattoos :

Tattoos have a rich history of tradition, dating back thousands and thousands of years.  Throughout the course of time, there has always been an important role of tradition and ritual behind tattoos.  In the past, women in Borneo used tattoos as a way to mark their skills.  Tattoos were also used in the past as a way to ward away illnesses and disease by placing the tattoo around the fingers and on the wrist.  Throughout history, tattoos have also been used to symbolize a clan or society as well.

The purpose of tattoos has differed from culture to culture throughout the course of time.  Research has shown that the earliest tattoos come from Egypt during the time of the pyramids, although most believe they started much earlier.  Egyptians at this time were believed to use tattoos as a way to mark the slaves and the peasants.  Around 2,000 BC, tattoos spread to China and then on to Greece, where the Greeks used tattoos as a way to communicate among spies.

Along the way, Japan also incorporated the use of tattoos as well.  The Japanese people used tattoos for religious and ceremonial rites.  During this era, Borneo women were the artists.  They produced the designs that indicated the individuals point in life and the tribe that he was affiliated with.  Tattoos were very popular during these days, although infections were quite common.  Tattoos were a long way from being perfected – which showed in the way they were done.

Tattoos were shown in the western regions as well, although they weren’t well accepted at first.  William Dampher, who was once an explorer, was the man who re-introduced tattoos to the western areas.  During the year 1961, he brought a heavily tattooed Prince to the area, showing off his tattoos with exhibitions.  He made quite a bit of money with these attractions, which in turn made tattoos very popular and well desired throughout London and surrounding areas.  Before then, it was nearly 600 years since tattoos had been witnessed in the area.

Chatham Square, which is located in New York City, was the first place to feature American styled tattoos.  During the turn of the century, Chatham Square attracted people from all over the United States, especially those with money.  A man by the name of Samuel O-Reily set up shop in Chatham Square, becoming the first man to use an electric tattoo gun.  In the beginning, the now popular tattoo gun was based on Thomas Edison’s electric pin that used a needle point to puncture paper.

The electric tattoo gun features moving coils, a needle bar and tube, which are common components of today’s guns.  The electric gun was very popular, allowing those who wanted a tattoo to get one at a great price.  These guns helped to revolutionize tattoos and allowed the tattoo artists to give tattoos fairly fast as well.  People took to this new technology in flocks, making it by far the best and most efficient ways to get tattoos.

During the late 1960s, tattoos really began to take off.  They were featured in magazines, television, and talked about everywhere.  These days, tattoos are very common, with nearly ½ of the population in the United States having at least one tattoo.  They are still common with bikers and clans, symbolizing that one is a member.  There are millions of designs out there for tattoos – including different color combinations that have helped to make tattoos the phenomenon they are today.

Tattoos are more common these days than they have ever been in the past.  As we all know, tattoos are decorative markings in the skin, such as symbols, signs, and letters that are applied by puncturing the outer layer of the skin and injecting color.  Tattoo guns are the best instrument to use, as they move extremely fast and are sharp enough to easily puncture the skin.

There are several types of tattoo guns available, many of which use a very sharp needle.  There are guns out there that use more than needle, although they aren’t ideal for tattoos that require strict lines or designing.  Single needle tattoo guns are the best for tattoo applications, although the needles need to be changed out after each tattoo.  Tattoo needles can be very dangerous if they aren’t disposed of - possibly leading to serious infection if they are used over and over again without being disinfected or disposed of.

There are also tattoos out there known as “jailhouse tattoos”.  These types of tattoos are normally found in jails and prisons, using homemade material for tattoo guns.  Normally, tattoo artists in jails and prisons will make their own guns, using batteries and needles for ordinary ink pens.  These tattoos aren’t very safe, and normally lead to infection.  The skin is punctured to inject the ink, although with jailhouse tattoo guns the needle will literally pull and jerk at the skin, ripping it and normally going very deep with the ink.

If the skin is jerked or ripped, it can result in the tattoo looking horrible.  In most cases, if the ink goes too deep into the skin, it can lead to an infection.  Deep ink also looks terrible as well, especially if it penetrates the third layer of skin.  For that very reason, jailhouse tattoo applications aren’t recommended and should be avoided at all costs.

With any tattoo, color is very important.  Black and white are the most commonly used colors, although there are other colors used as well.  Tattoos need to have an equal balance of color, along with the right shape.  If the shapes used in your design follow the contours of your body, the tattoo will look even more impressive.  Therefore, you should always have your tattoo applied by someone with a lot of experience.

From a technical standpoint, tattoos involve micro pigment implantation, as they are a form of body modification.  Tattoos are a design in ink, normally symbolic or decorative, permanently placed under your skin.  Tattoos have been around for hundreds of years, although tattoos in the past used everyday needles and ink - with a very high risk of infection. Although they are very common and very popular, tattoos always have risks.  No matter what type of application method is involved, there will always be a risk of infection.

Today, electronic tattoo machines are the most common methods of tattooing.  With electronic tattoo guns, the ink is injected into the skin by a group of needles that are attached to a bar.  The electronic gun moves very fast, going in and out of the skin hundreds of thousand of times per minute.  If an experienced tattoo artist uses the gun, the results can be amazing.  Experienced tattoo artists are always the way to go, as they have the experience to give you the results you want.  With the right tattoo artist and the right application technique - you should have a tattoo that you can be proud of.